How a 4 Second Workout Can Counteract sitting all day 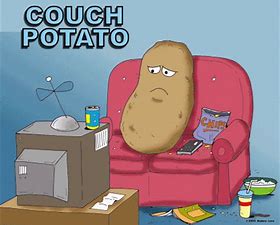 The next time you’re sitting around wondering if you have enough time for a workout, ask yourself if you have 4 seconds.

As people across America and the globe find themselves huddled indoors due to self-quarantine and stay-at-home orders, getting physical exercise may seem daunting to many.

However, a new study from the University of Texas (UT) at Austin suggests that even small bouts of intense exercise can help offset some of the harmful effects of extended periods of sitting.

Additionally, these micro workouts also appear to offer different benefits than some longer workouts when done throughout the day.

Edward F. Coyle, PhD, a professor in the department of kinesiology and health education at UT Austin, and his team of researchers at the Human Performance Laboratory found that 4-second sprints conducted five times per hour helped to improve fat metabolism and lower triglyceride levels in the bloodstream.

“The key thing with fat metabolism is that you have to activate your muscles; you can’t let them be too inactive for very long. These sprints are just a very effective way of doing that,” Coyle told Healthline.

Coyle’s study seems practically inclined toward anyone who spends a little too much on the couch, but more specifically for individuals with sedentary jobs — think sitting at a computer for the whole workday.

That’s exactly what they had in mind for the design of the study, which looks at the effects of these short bouts of intense exercise over an 8-hour period.

Researchers recruited eight volunteers, four women and four men, to come down to their lab and sit — just sit — for an 8-hour period. Their only exercise during that period were 4-second sprints conducted on a specialized exercise bike known as an inertial load ergometer five times an hour. If you’re keeping track, that’s 20 seconds of exercise per hour or just 160 seconds — a little under 3 minutes — per day.

The specialized exercise bike allows for users to hit maximal energy exertion quickly, making it very effective for short bursts of high energy exercise. Coyle helped develop the equipment, which he refers to as the “power cycle.”

And the instrument itself is important. From a practical perspective, a stationary bike is more accessible and requires less room than other forms of high intensity training. That’s what could make it perfect for an office setting.

Coyle said that he’s tinkered with other forms of exercise, including running sprints and stair climbing, but they proved either inconvenient or even dangerous.

For running sprints, “That works OK for college students, but once you get a little older, we could see when we were doing middle-aged people that this wasn’t going to work. People were getting strained muscles.”

When to work out is also important

Incorporating exercise into the workday, as opposed to just waiting until 5 o’clock and hitting the gym for an hour, is an important aspect of the study. Having a simple piece of equipment makes such a routine more viable.

“We need to clear that triglyceride from the bloodstream and if you’ve been sitting for long, you won’t have that increased clearance as a result of the bout of exercise. As far as fat metabolism goes, that bout of exercise done in the afternoon is not going to be very effective,” Coyle said.

To be clear: Going to the gym after work is still a good idea. Any exercise is better than none.

However, Coyle’s research suggests that specifically in the realm of fat metabolism, intermittent exercise throughout the day could be more beneficial.

The dangers of extended periods of sitting and a sedentary lifestyle associated with technology usage and screen time have become increasingly well-publicized in recent years.

Among other things, health problems associated with sitting down too much include weight gain, increased risk of metabolic syndrome, heart disease, and diabetes.

According to Coyle, sitting down for hours at a time can also make it harder to burn fat, a condition he refers to as “exercise resistance.”

Normally, exercise improves metabolism, but individuals who are overly sedentary will derive less benefit in terms of fat burning when they exercise, compared with more active individuals.

However, the take-home message from this research shouldn’t be about nitpicking over details of when and how to work out. Too many people simply aren’t getting enough exercise as it is.

“The bottom line is that any type of exercise — even just standing up after sitting for a prolonged period of time — can offset the adverse effects of prolonged sitting or sedentary behavior in general,” Dr. Robert Glatter, an emergency physician at Lenox Hill Hospital in New York City and a former sideline doctor for the New York Jets, told Healthline.

“While short bursts of intense exercise may be more beneficial in accelerating metabolism of fats and reducing insulin resistance (after a high caloric or fatty meal), any type of exercise — including a brisk walk or climbing a few sets of stairs — would be beneficial. The key is simply to get moving,” Glatter said.